How Long Do Potatoes Last ?

If you had faced potatoes going bad just before you started to prepare them for some fries, then you’re probably pondering over this very question -

Just how long do potatoes last?

You would be surprised to know that potatoes can last anywhere from three to five weeks at room temperatures, and up to three months when stored in the refrigerator and when frozen, they can last up to a year.

The great thing about potatoes is that they are chock-full of carbohydrates and according to FDA, packed with Vitamin C, Vitamin B6, Potassium and amount to only about 110 calories per serving.

And if you thought that potatoes have no use once they turned bad, well, you may want to rethink that for rotten potatoes are used to prepare Vodka!

That’s a fact; the method of preparation is similar to that of wine, where the carbs are converted into sugar with the aid of enzymes. 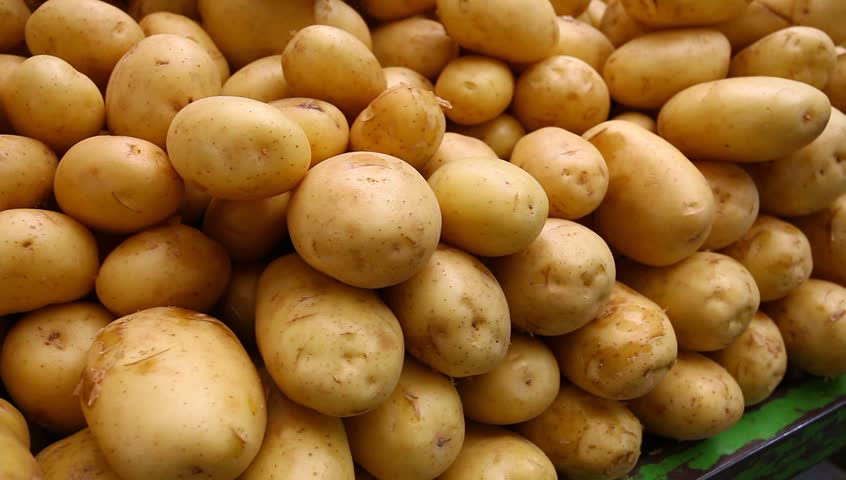 Just remember to store the potatoes safely in a cool, dark place; they should stay good for up to three weeks and more.

How to store potatoes safely?

Since you are trying to extend the shelf life of your potatoes, here are a few tips that you may want to review.

For starters try not to store the potatoes with onions, they often react with each other, speeding up the decaying process. So make it a point to store them separately or preferably in separate drawers or containers. 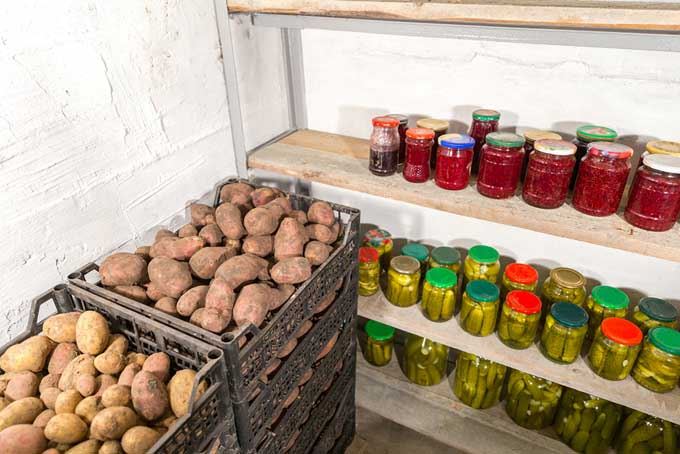 Remember, some varieties like yams and sweet potatoes age faster. You may have noticed that potatoes discolor when cut. This is due to oxidization, which you can prevent by dumping the cut pieces into some water.

How to know when potatoes go bad?

Potatoes, when stored at room temperature for long periods of time, extending beyond five weeks will start to go bad. They would become soft, spongy, and white and start exuding smell and fluids.

While the later part occurs when they have gone totally bad, the shriveling and discoloration should give an early indication that the potato in question has gone over the edge, or is in the process of doing so.

If you had been wondering how long potatoes last, the discoloration and the rotten smell should give you a good idea. Potatoes when exposed to sunlight for long and extended periods may develop green spots.

It does not mean that the potato has gone bad; you can just cut off the affected area and use the rest of the potato. 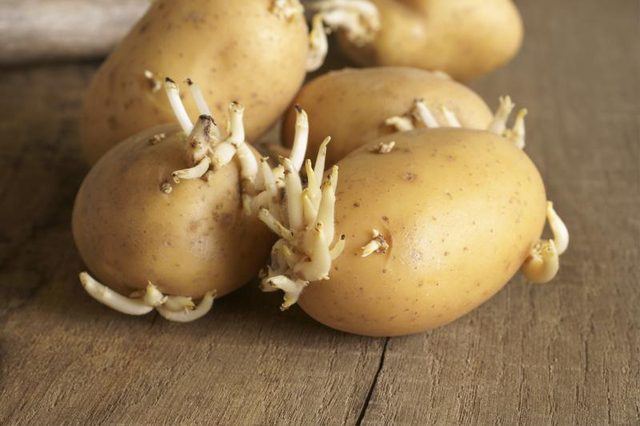 Remember, potatoes can grow mold if they become wet, so make sure you pat dry your potatoes before storing them for further use.

If you are wondering what to do about potatoes that are partially damaged, we have an answer - don’t throw them out but instead, try and cure them. Once cured, you should be able to use them along with other potatoes. If you want to learn how to go about curing damaged potatoes, here’s how you do it.

Now you can even make damaged potatoes last longer through this process. Remember to take care to pat the potatoes dry before storing or curing them, or they would become infected with mold.

Is it possible to use potatoes after freezing them?

Of course, you can freeze the potatoes for long periods of time before reusing the same again. Just remember that raw potatoes do not do well with the whole freeze and defrost process.

So either cook them or mash them up completely before freezing. Or you can skin them, cut into slices or pieces, and blanch them before putting them in a bag and freezing them.

How long do potatoes last when cooked?

Normally potatoes last up to three weeks at least. Since you have cooked them, they would last for about 24 hrs now.

We hope that this has answered any questions you may have on potatoes and how long they last.